++Gerry Mulvenna has kindly agreed to shoot a wee video to send a message to ICAN in Oslo from all Scottish supporters. If you can participate, please come to the foot of Castle Street, Edinburgh for ten am on Saturday 25th November.

This will likely also be the day of our next visit to the Faslane Peace Camp.

More from Edinburgh CND: the following motion proposed by Edinburgh CND at the Scottish CND annual general meeting on 11 November was carried:

“This conference affirms that the prime aim of SCND and it’s local groups is to push for the abolition of the Trident Weapon system and all other nuclear weapons. We will work with all other campaigns that help to further this aim. In particular, we should work with Nukewatch to urge the Scottish Government to take firm action to keep convoys off our road.”

Please help Faslane Peace Camp get through the winter! To maintain an all year round presence, the camp relies heavily on donations of money, food, tools and building materials. Money raised through crowdfunding will enable them to buy better tools and building materials, build longer-lasting structures, and most importantly, be better resourced in our campaign against nuclear weapons. Click here to support the Faslane Peace Camp crowdfunder. Or you can visit the camp, taking some of the items on their wishlist: 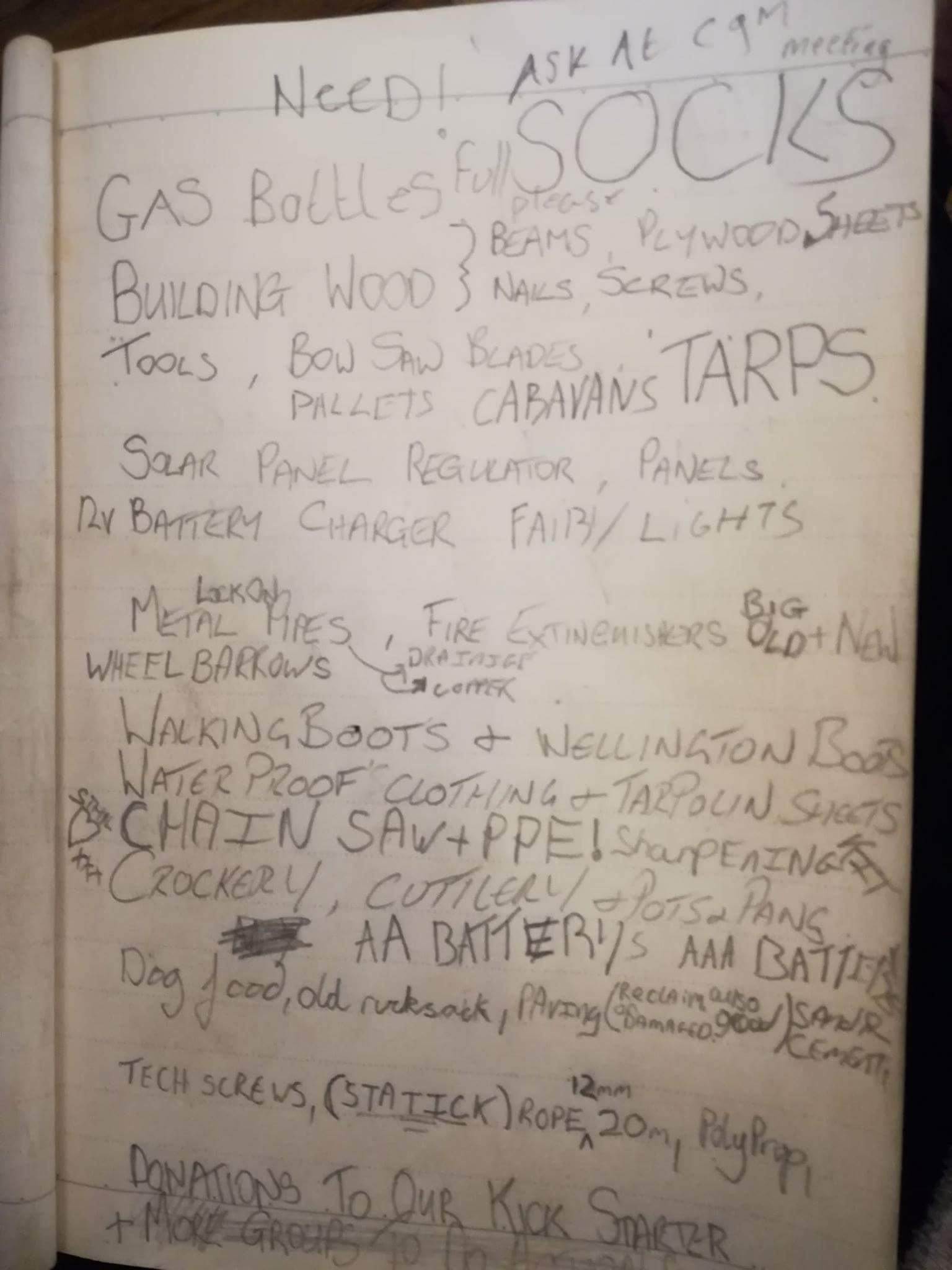 News From CND UK: The UN’s global ban treaty could eliminate all nuclear weapons and help create true security for the world. But only with nuclear armed states like ours on board. We need to develop a transition plan for disarming Trident, lobby the government to support the Ban Treaty and raise awareness of this issue through a national Citizens’ Treaty. If we succeed, the UK will join the 95% of the world that doesn’t own nuclear weapons, making us safer and freeing up £billions to put into the things we genuinely need: hospitals, homes, schools and jobs.

CND’s response to John McDonnell’s emergency budget demand:
Kate Hudson, CND General Secretary, said: “Investment in public services is vitally necessary – so it’s time for Labour to prioritise that and drop its commitment to wasting £205 billion of public money on Trident.
“Investment in public services is about creating a decent society for all – a well-educated and healthy populace, with real security issues addressed. Wasting £205 billion on a cold war relic is completely incompatible with that approach.
“The Labour Party is putting forward a real alternative vision of how to run the economy to address inequality and serve the needs of the whole community. But on Trident it lines up with the government and accepts the status quo.
“Every billion committed to Trident is a billion that could be spent on schools and hospitals, or on defence diversification for hi-tech jobs that address the 21st century threats we face like climate change and terrorism.
“Britain needs a government with a new vision and a new set of spending priorities that meet people’s needs. They cannot include Trident.”

UNfold Zero asked: Do you have ideas on interesting actions or initiatives for nuclear disarmament – especially for youth? You are invited to send these ideas by email or twitter (#ReachHighPrague or #YouthAgainstNukes) for consideration at the Reaching HIGH for a Nuclear-Weapon-Free World international youth conference and training in Prague this week.